Skip to content
Home » A brief guide to Nuremberg 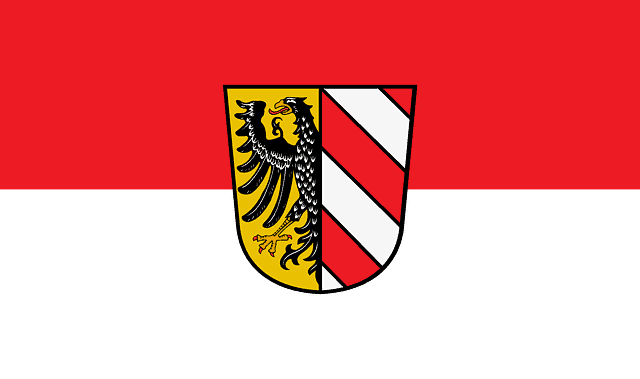 Nuremberg is the city that Hitler once dubbed as the “most German of German cities.” While the source of the quote is unflattering, certainly it is an apt description of Nuremberg.

Nuremberg, or as it is called in German, Nürnberg,is a large city in central south Germany.  It’s the second-largest city in the state of Bavaria, and centrally-located within the Franconia administrative region.

Some half a million people call Nuremberg home, with the larger metro area housing around 3.5 million citizens.  While Nuremberg may be best known in the West as the site of the Nuremberg trials following World War II, that’s really just a footnote in the history of the city.

There are so many things to do in Nuremberg, and much to see for tourists and locals alike.  Today, Nuremberg is known as a center for education, industry, energy, medical technology, and consumer goods.

It also retains much of its old world charm, often being cited as an example of a quintessentially German city for its faithfully reconstructed Bavarian village styling.

The area of modern-day Nuremberg was likely settled sometime between 5,000 and 2,000 BC, based on the prevailing history of the region.  The first mention of Nuremberg as a city, however, isn’t found until 1050 AD.

Its importance as a hub for trade and administration grew throughout the Middle Ages.  Many historians and texts consider it the unofficial capital of the Holy Roman Empire, as it was the seat of the Imperial Diet, who met at Nuremberg Castle.

Various wars and changes in leadership both internal and external to the Holy Roman Empire resulted in the city becoming one of the largest in the Empire by the 1500s.

Interestingly, in addition to being a center of trade, the city developed a reputation as a center of culture and literature, and played an important role throughout the Renaissance years.

Trade began to decline, and the costs of conflict began to take their toll on the city.  It was conquered by the Swedish and attacked by the Romans during the Thirty Years’ War.

Nuremberg’s role continued to decline until the 1800s, when it regained much of its former stature as a modern industrial hub.  The city was nominally independent, but handed over to the Bavarian state in 1806, being made part of Middle Franconia in 1838, and later the German nation.

Despite significant damage from Allied bombing in World War II, a large portion of the city was restored to its pre-war state in the late 1940s and 1950s, adhering to the medieval style that dominated the landscape.

Attractions and Things to Do in the city

There are tons of things to do in Nuremberg, from historical and cultural attractions to amusement parks, indoor sporting activities, and even culinary tourism.

It’s a popular destination for foreign tourists, and popular within Germany for local travel as well.  Some of the most popular things to do in Nuremberg are highlighted below – but there’s much, much more to explore on your trip to Nuremberg!

Another German city, badly damaged in WWII but certainly worthy of visiting, is Wurzburg, Germany. More correctly, with the German spelling and the umlaut (the 2 dots above the letter) Würzburg. A really interesting and attractive town with the world famous Prince Bishops residenz.

The Viking river itinerary for the Swiss Alps and City of lights cruises is an exciting one. Find out about some of the itinerary highlights

Rob Wheatley has been involved in the media and travel industry since he was 17 years old, starting out in hotel management in the UK. Both a keen writer and communicator, Rob has been a drive time radio host and television personality and moved his career on to the pursuits of travel and adventure, working for many years as a cruise director with major cruise lines. Currently Rob is a Program Director with Viking Cruises.